Here is a revised diagram (as of 02 September 2016) of how the proposed new estate will be laid out (as produced by Bloor Homes and included within the planning application mentioned at the top of this page for landscaping): 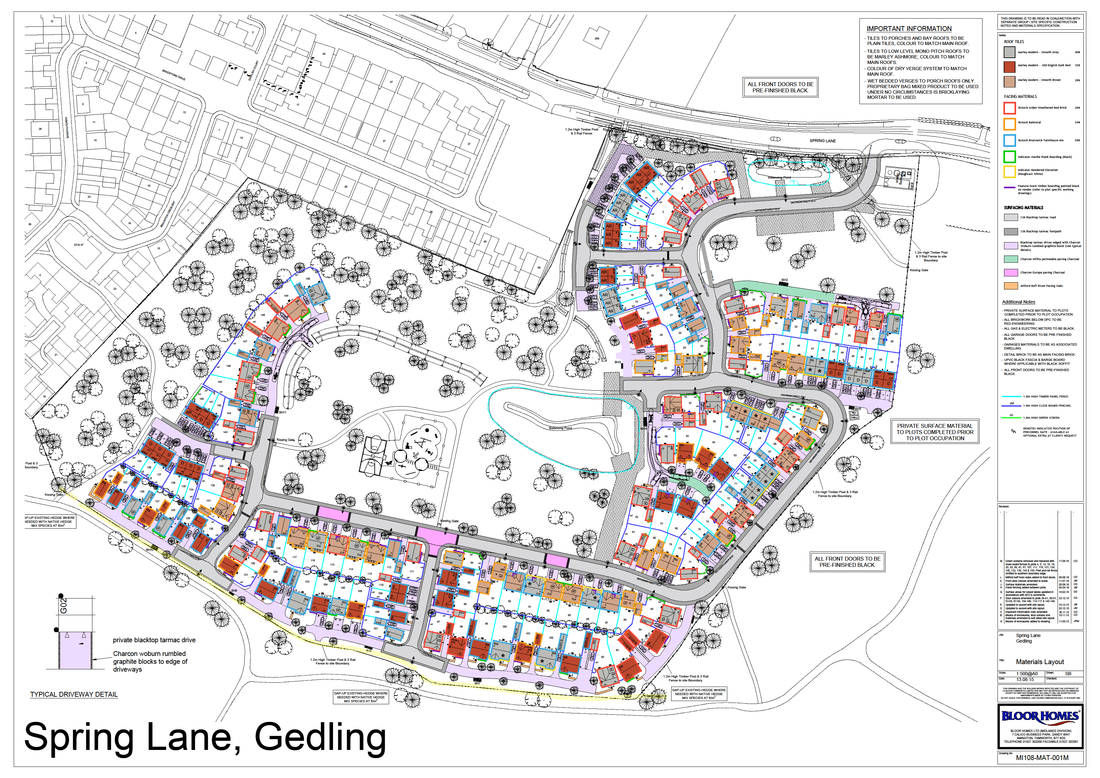 If you would like further information regarding this development, Bloor Homes can be contacted at:
​
Bloor Homes Midlands
Tel: 0115 871 9521
Web: https://bloorhomes.com/developments/midlands/spring-park
From June 2015, Harworth Estates (who owns land next to Gedling Country Park) will be doing work to prepare this land for future house building. They have planning permission to build 150 homes on the site. Following these preparation works, Harworth Estates is likely to sell the land to a house builder who will start a build programme at some stage in the future.

The preparation work includes:
The footpath into the park, on Spring Lane (to the east of Bradstone Drive and marked in blue on the map) will be closed during the construction works once a new temporary footpath from Axmouth Drive / Braunton Crescent (marked in red on the map) is created.

For safety reasons, the whole of Harworth’s site (marked in grey on the map) will also be fenced off until the end of the preparation works. 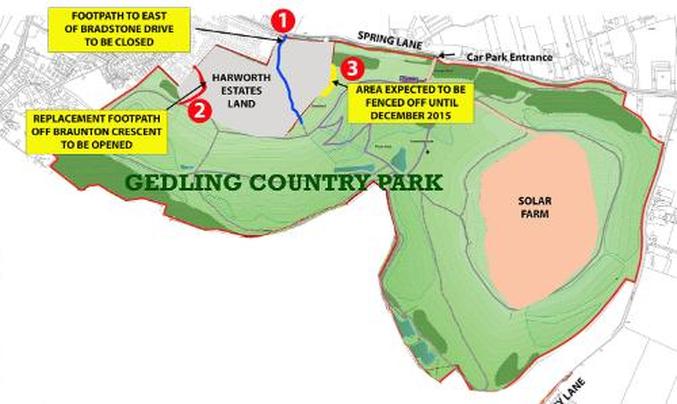 This new path is accessible by turning into Axmouth Drive (from Spring Lane) and then walking along Axmouth Drive past the turnings for Bradstone Drive and Braunton Crescent until you see a tarmacked footpath on the left between two rows of houses that leads to a gap in the wooden fence. Proceed through this gap and right onto the new footpath, which takes you into the park. 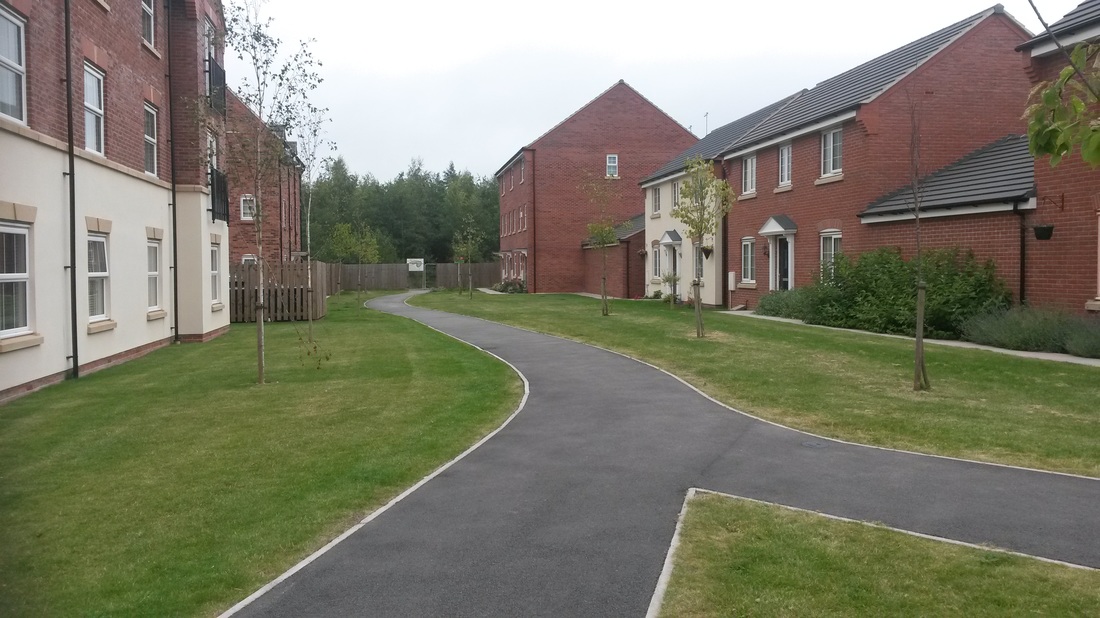